Very proud to have my work "Zeeuws Licht no.1"  in the Smithsonian American Art Museum and Renwick Gallery OCTOBER 22, 2021 — MARCH 6, 2022 NEW GLASS NOW
Thank you to @corningmuseum Susie Silbert and @smithsonianamericanartmuseum for this amazing showcase!

Today The Corning Museum of Glass (CMoG) announced that 100 artists—representing 32 nationalities and working in 25 countries—have been selected to exhibit in New Glass Now, a global survey of contemporary glass and the first exhibition of its kind organized by the Museum in 40 years. The show, which will be on view from May 12, 2019, through January 5, 2020, will include works ranging from large-scale installations and delicate miniatures to video and experiments in glass chemistry, all of which demonstrate the vitality and versatility of this dynamic material.

In spring 2018, CMoG welcomed submissions of new works, made between 2015 and 2018 in which glass plays a fundamental role, for consideration by a panel comprising Susie J. Silbert, Curator of Modern and Contemporary Glass at CMoG, and three guest curators, including: Aric Chen, curator-at-large, M+ museum, Hong Kong; Susanne Jøker Johnsen, artist and head of exhibitions at the Royal Danish Academy of Fine Arts, Schools of Architecture, Design and Conservation, Denmark; and American artist Beth Lipman. More than 1,400 artists, designers and architects working in 52 countries—from Argentina, Australia, Indonesia and Japan to the United States, United Kingdom, and beyond—submitted works, which draw upon flameworking, glassblowing, casting, neon, carving, and kilnworking techniques, among others.

“The artworks selected by our panel for the exhibition range from timely political commentary and investigations of the materiality of glass to explorations at the intersection of high-technology and the hand,” said Silbert. “The exhibition explores how contemporary artists and designers have continued to think through this material and reimagine its role as a bearer of meaning with links to many aspects of society, cultural heritages, and contemporary conversations.

The roster of emerging and master artists represented in New Glass Now, ranging in age from 23 to 84 years, include:

New Glass Now is the third exhibition in a groundbreaking series organized by the Museum to survey contemporary glass on an international scale. Glass 1959 and New Glass: A Worldwide Survey, organized in 1959 and 1979, respectively, played an important role in creating and defining the field of contemporary glass. The 1959 exhibition helped lay the foundation for what became the Studio Glass Movement just a few years later in 1962, and the 1979 show spurred collecting by institutions and private individuals, new scholarly attention, and continued artistic innovation. The 1959 and 1979 exhibitions will be revisited in an exhibition, titled New Glass Then, in CMoG’s Rakow Library, which complements the exhibition of contemporary glass simultaneously on view.

Karol Wight, President and Executive Director of The Corning Museum of Glass, said: “New Glass Nowcontinues a more than 60-year commitment to share the history of the medium over more than 35 centuries, including the contemporary development of art and design realized in glass. The exhibitions that CMoG curated in 1959 and 1979 defined the field of Studio Glass and brought critical attention to the work being done by glassmakers the world over. We hope that New Glass Now will continue this important tradition and reveal exciting new insights into work being made today across the globe.”

Coinciding with the opening of the exhibition, CMoG will publish the 40th anniversary issue of New Glass Review, its annual exhibition-in-print of contemporary glass. Published since 1979, New Glass Review has brought important critical and popular attention to the material and the artists and designers working with it. The 2019 edition will include the 100 artworks and design objects chosen for the contemporary survey New Glass Now as well as important contextual essays and information. The publication is distributed in May each year with GLASS: The UrbanGlass Art Quarterly and can be purchased at the CMoG shops and online.

About Contemporary Glass at CMoG

The Corning Museum of Glass is home to a contemporary glass collection including approximately 13,000 works as well as a number of artist residencies, where contemporary artists are provided the opportunity to research and experiment with new techniques. The Museum’s 26,000-square-foot contemporary gallery—the world’s largest space dedicated to the display of contemporary art and design in glass—is part of the Contemporary Art + Design Wing, designed by architect Thomas Phifer and Partners, and opened in 2015. Susie J. Silbert has served as Curator of Modern and Contemporary Glass since 2016.

ABOUT THE CORNING MUSEUM OF GLASS

The Corning Museum of Glass is the foremost authority on the art, history, science, and design of glass. It is home to the world’s most important collection of glass, including the finest examples of glassmaking spanning 3,500 years. Live glassblowing demonstrations (offered at the Museum, on the road, and on the water) bring the material to life. Daily Make Your Own Glass experiences at the Museum enable visitors to create work in a state-of-the-art glassmaking studio. The campus in Corning includes a year-round glassmaking school—The Studio—and the Rakow Research Library, with the world’s preeminent collection of materials on the art and history of glass. Located in the heart of the Finger Lakes Wine Country of New York State, the Museum is open daily, year-round. Children and teens, 17 and under, receive free admission. 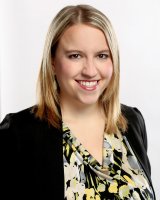